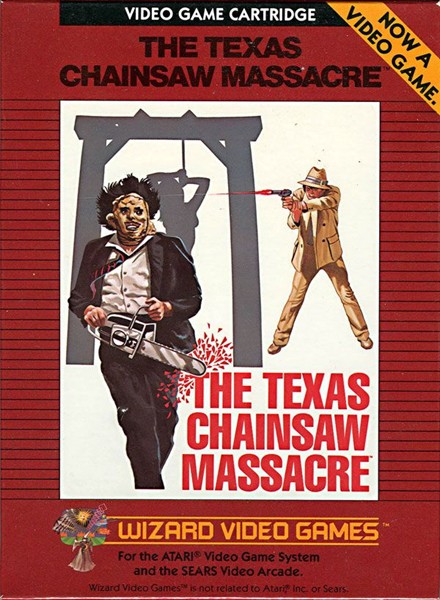 Back in 1982, video games were a completely different breed than they are today. We were still a few years away from the North American debut of the Nintendo Entertainment System (known as the beloved NES) and the video game crash of 1983 due to the infamous ET: The Extra-Terrestrial Atari 2600 game was still in the future. Unlike games that would come along with Nintendo’s flagship console, many games on the Atari 2600 had no storyline to speak of, or even more than one screen for you to enjoy. It was all about the high scores, so that you could brag to your friends and family about how awesome you were at video games. I would say that the modern-day equivalent of the high score (even though most games still use the term) would be the Achievements on Xbox and Trophies on PlayStation.

The horror world was also enjoying one of their biggest boom periods since the heyday of the Universal Classic Monsters in the 1930s, thanks to the slasher craze. While many people point to the 1978 classic Halloween as the father of the slasher film, many also argue that it truly began with 1960’s Psycho. In my opinion, it took a mix of Psycho, Halloween and two films from 1974 to build the foundation that many series such as Friday The 13th and A Nightmare On Elm Street would perfect. Those films being Black Christmas and Tobe Hooper’s masterpiece, The Texas Chain Saw Massacre.

So in the infinite wisdom of people who make far more money than any of us, it was decided that these two phenomenons should merged. What we ended up with…..isn’t really all that great. Over the next little while here on The Deadhouse I will be revisiting some classic films that made the leap from the big screen to video game consoles. And we will start with the infamous Atari 2600 version of The Texas Chain Saw Massacre.

Released by Wizard Video in 1982, The Texas Chain Saw Massacre was a mess. Having been playing it for this review, I am not even sure where to start. The basis of the game is that you play as Leatherface and are running through the grass fields in front of the iconic house trying to chop people up with your weapon of choice. Given that this is an Atari game, I don’t think there were any expectations of the game looking that great, but they could have tried a little harder. The screen is essentially a giant grass field with cow skulls, fences and wheelchairs there to get in the way of your path of destruction. Leatherface looks like they didn’t even try, with black blocks representing his feet, and a baby blue color covering the rest of his body with the exception of his head, which is a brownish color with what looks to be a black Army-style buzz cut. It would be much easier to let this go if they didn’t have the chainsaw also covered in baby blue and it appears as an extension of Leatherface’s body, growing out of what appears to be his stomach. The very least they could do is change the color of the chainsaw, as opposed to having it look like Leatherface is chopping girls up with a long penis protruding from his gut.

Whenever a potential victim appears you are met with a shriek-like buzz. I think this is meant to represent the girl screaming, but who knows. You use the button (remember, this is Atari) to run your chainsaw, but you are also limited by the amount of fuel you have to run the weapon. When you run out of fuel, you lose a “life”, and once you lose three lives, the game is over. You receive 1,000 points every time you claim a victim, so I guess the point of the game is to see how many points you can rack up before you run out of gas.

One thing that I absolutely have to give them credit for is having the wheelchair appear as one of the hazards blocking your path. For anyone who knows and loves the original film, has an intense hatred of the Franklin character. In all honesty, I feel like this was the only real connection between the game and the film.

Speaking of the hazards, they are a ridiculous pain. If even one little pixel of Leatherface touches any of them, he is stuck for a few seconds. It may not seem like this is a huge complaint, but the amount of times you get stuck quickly makes you want to turn the game off and never play it again. Truthfully, after this review is published the only time I will probably even consider turning it on again will be to show friends how really awful the game is.

The Atari 2600 would see another horror film licensed game before the video game industry would collapse in on itself, only to return just like our beloved villains always seem to do when it is time for a sequel. Stay tuned for the upcoming Arcane Arcade review that will cover the Atari version of Halloween, as well as the somewhat better, but just as infamous NES versions of both Friday The 13th and A Nightmare On Elm Street.