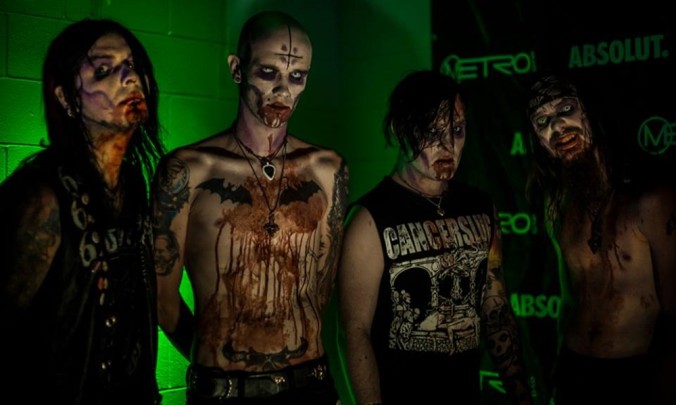 When I began The Deadhouse nearly a year ago, one of the very first bands to get in touch with me and help support the site was the incredible Salt Lake City horrorpunk band Shadow Windhawk & The Morticians. Since our review of one of 2014’s absolute best horrorpunk albums, Casket Spray (review here) I also had the opportunity to partake in an interview with the entire band, which was the first interview to appear here on the site (the interview can be found here). Now, after a successful IndieGoGo campaign, the band has been taking things to the next level, and has just unleashed their debut music video for Halloween 63 upon an unsuspecting world. In an effort to hopefully bring even more eyes to the video, I wanted to put this article up so that the world can see that with enough heart, talent and an unrelenting love of horror that any band can take the horrorpunk world by storm.

Without further a due, here is the video. Be sure to share the video on any and all social networks to show the world what a great music video can be!