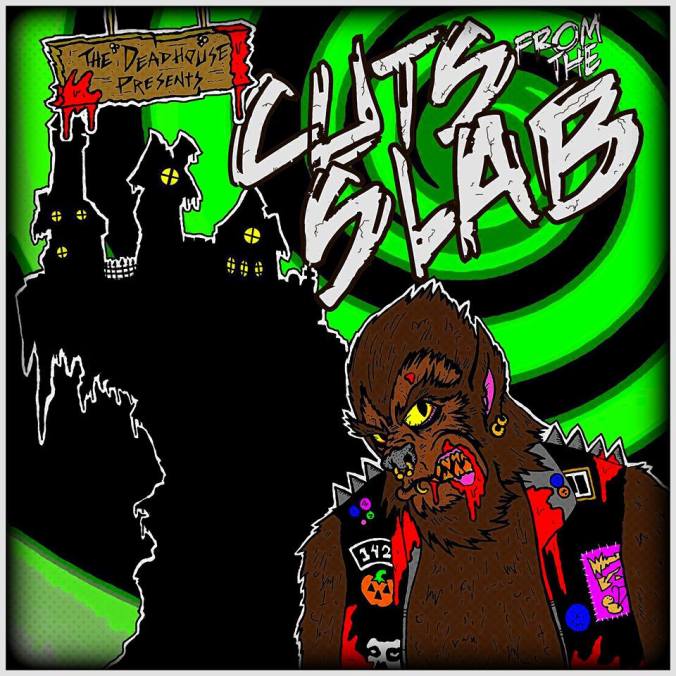 The Deadhouse launched in December of 2013. Since then, my goal has always been to spread the word of horrorpunk music. There is no denying it is a niche market, but I feel over the years that we have been successful at the very least in helping bands covered get their music to new ears. Now, with the help of my friends Tom from The Mutant Members Only Club and Dom from The Bastards, an idea I have been batting around for a while is becoming a reality. Click through for all the details of The Deadhouse Presents Cuts From The Slab!!!

That’s right, The Deadhouse is putting together the horrorpunk compilation album to end all horrorpunk compilation albums. And while things are already on the go with this project, I am incredibly happy and proud to announce a public call for submissions! If you have a horrorpunk band, and would like to be featured on this album, we are now accepting submissions to be featured on this upcoming digital album, which we are aiming to have a Halloween release (naturally).

In addition to this public call for submissions, I am proud to announce some of the bands that have already confirmed an appearance on the album.

The following is a list of bands who are currently confirmed to have tracks featured on this project.

Quite obviously this project is still in the early stages of being put together, but we wanted to put out the call for submissions early to gauge interest in the project, in addition to trying to make this release as massive as possible. It doesn’t matter if your band has been together for 10 years, or 10 minutes. If you have a passion and love for horrorpunk like we do, we would love to have as many bands in the genre featured if we can. My hope is that by featuring both new, up and coming acts mixed in with established heavyweights in the genre, that we are able to absolutely help as many bands as we can in getting their music out to the masses.

I have set up a dedicated email, DeadhouseAlbum@outlook.com where you can submit your tracks. Please submit tracks in either .MP3 or .WAV format as the plan is to release the album via BandCamp when the time comes. Also include a short bio and discography, as well as URLs to where listeners can find your music and on social media.

This project has been a long time coming, and there is still a lot of work to do, and that’s why we are putting the word out now to hopefully have the absolute biggest and craziest compilation of horrorpunk that the world has ever seen!

And of course, as always, LONG LIVE THE HORROR!

3 thoughts on “The Deadhouse Presents…”