As a Canadian who loves horrorpunk, there sadly isn’t much of a scene for a guy like me to take part in. For the most part the only great band in the genre up here in the Great White North is Black Cat Attack. But BCA is more than just a band waving the flag of horrorpunk, they are damned near responsible for keeping the scene alive. Through their relentless touring of both Canada and the US, the band has made friends with many other acts, and through that they have brought many great bands up for Canadian tours that would otherwise never even consider touring up here. Bands such as The Jasons, Children Of October and Darrow Chemical Company have all made their presence felt on Canadian tours with BCA. On a personal note, I was able to see BCA when they came to town along with Darrow Chemical Company, and I can safely say it was one of the most fun nights I’ve ever had.

As the band prepares to unleash their new album Edraculation upon the world I was able to talk with the band a little bit. As for Edraculation itself, you can expect a review early next week here on The Deadhouse!

So now, without further ado, I am thrilled to present the newest Deadhouse Interview with Canada’s premiere horrorpunk group, the mighty Black Cat Attack!

The Deadhouse: Who are you?

Black Cat Attack! With Valerie Knox as guitarist/vocalist, Bryan Dickface on bass and vocals, Ari O’SpeedDragon on drums, Sweet Gravy Brown handling guitar and backing vocals and the most recent addition to the band’s lineup, Maniac Myk on guitars and backing vocals.

The Deadhouse: What is your current project?

Once again, Black Cat Attack! You can check us out on our Facebook page, Twitter and Instagram. And be sure to check out our BandCamp page and Big Cartel page to pick up some music and merch!

The Deadhouse: When and how did you first discover the horrorpunk genre?

Outside of The Misfits, it would be playing shows. And…. Metallica covering The Misfits.

The Deadhouse: What are some of your favorite bands in the genre?

The Jasons, Children Of October, The Independents and…. Metallica.

The Deadhouse: How about outside of the genre?

The Deadhouse: What are some of your favorite horror movies?

The Evil Dead, House On Haunted Hill, Horror Hotel, Event Horizon and…. Some Kind Of Monster.

The Deadhouse: How about non-horror movies?

The Deadhouse: Can you tell us a bit about the history of Black Cat Attack and how you guys initially formed?

Val started the band 9 years ago, in her mom’s basement. After a failed attempt to be a psychobilly band and numerous lineup changes we are now a heavy fast rock ‘n roll riff band. We are almost like Metallica.

The Deadhouse: Each release from Black Cat Attack shows growth and adds new layers to the band, while also retaining what originally brought you to the table in the first place. What can fans expect with the long-awaited Edraculation?

Edraculation is a step beyond Bright Side Of The Moon, but we also touch back to old school BCA. We sorta tapped into the feeling and sound off the first record, Lonely Horror Stories, and the theme from Vamparty. There is an alien appearance as well, obviously. Each release gets closer to Metallica.

The Deadhouse: Horrorpunk in Ontario is not exactly the hottest genre, but BCA has done more to bring acts up to Canada and help breathe life into the scene. How does it feel to know you are almost single-handedly responsible for the spreading of the genre in Ontario? And are there plans in the works to bring more bands up?

Thank you! We have never really looked at ourselves as the torch bearers for Ontario horrorpunk. We’ve had the good fortune of being able to play with amazing horror bands in the US and we want to share these bands with all of our friends and fans back home. Also these bands always treat us well and make sure we are well taken care of and we want to see them get the same justice up here. Justice For All, ya know?

The Deadhouse: What can horror fans expect from Black Cat Attack in the future?

The Deadhouse: Finally, free reign. Anything you would like to share with fans and readers of the site?

We are really excited to release our new EP Edraculation on December 23rd. We’ve been working on it for a long time and it’s finally here! We play that night at Cherry Cola’s in Toronto with a ton of great bands. Tickets are available online at OurEvent right now! And… Metallica RULES!!!

I want to thank the band for taking the time to talk with me for this interview. Be sure to head over to the Black Cat Attack Big Cartel page to pre-order your physical CD copy of Edraculation. And stay tuned to The Deadhouse early next week for our review of the album! 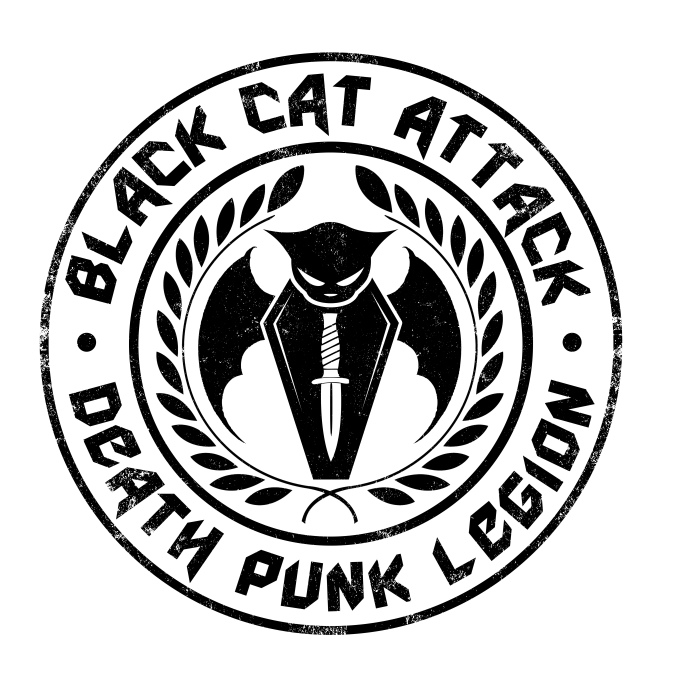