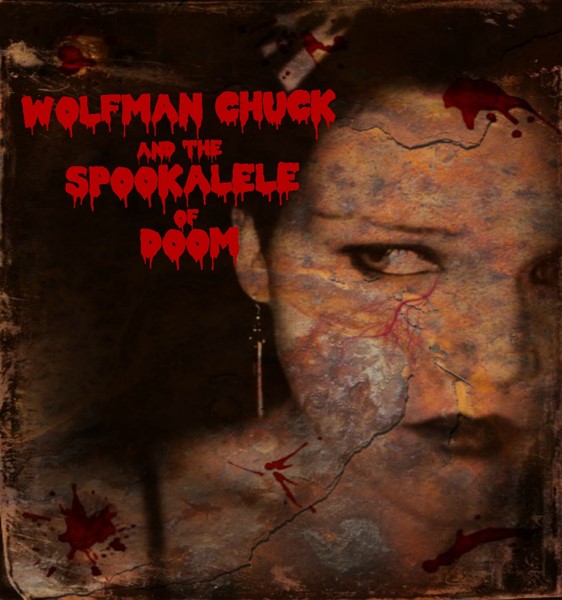 Everyone’s favorite ukulele-rocking bearded Wildman is back! Wolfman Chuck has returned with 10 new tracks of his special brand of horrorpunk entitled Another Confession. After working on some side-projects including Wolfman And The Brimstone Boys the Spookalele makes an attempt to live up to the expectations that come with Chuck’s history, so how does it stack up?

Starting with “Dancing With The Devil” you are immediately welcomed back to the sound that brought Wolfman Chuck to prominence within the scene immediately. And there is a damned good chance you are going to want to watch the 1989 version of Batman following your listen. It’s with the second track, “Wolfman Chuck” that the twisted sense of humor and wickedness reemerges. The track also serves as a good introduction for people not already familiar with the project.

At this point, the album really kicks into high gear as Chuck uses “They Pray, My Prey” as almost a continuation of the previous track, while “When You Die” features Chuck lamenting about the joy of seeing ‘fake motherfuckers’ leave this life. “Another Confession” continues the album’s ascent, and if you’ve ever been in love and had your heart ripped out, this is the perfect song of vengeance. I can honestly say there may be no artist out there who nails that feeling better than Chuck. “Gore To The Whore” continues that feeling and also feels so peaceful that it conflicts with the lyrics but still works, and is undoubtedly one of the strongest tracks not only on this album, but of the entire Wolfman Chuck repertoire.

“Rotten Pumpkins” kicks off the final part of the album and is catchy as all hell. The Walking Dead’s best character Negan gets an awesome ballad to his weapon of choice with “Lucille.” As more of a fan of the comics and knowing the history of Lucille, and knowing the popularity of both the show and the character, I believe this will be the song that gets out to more of the public, and bring in new fans. The album closes with “The Ballad Of Ronnie” and the aptly named “Yup, It’s Rape Again!!!” While not as strong as some of the preceding tracks, they still have that signature Wolfman Chuck feel and if you’ve dug anything you’ve heard so far, you will be satisfied with the closing tracks.

As expected, Another Confession is pure Spookalele greatness from start to finish. The album certainly peaks in the middle, but there is nothing on the album that fails to deliver. If you’re already a fan of Wolfman Chuck and his morbid sense of humor then you will love everything on offer. And if you’ve ever heard the man’s work, it also serves a perfect introduction. So be ready for Wolfman Chuckto stretch your twat with his brimstone cock!