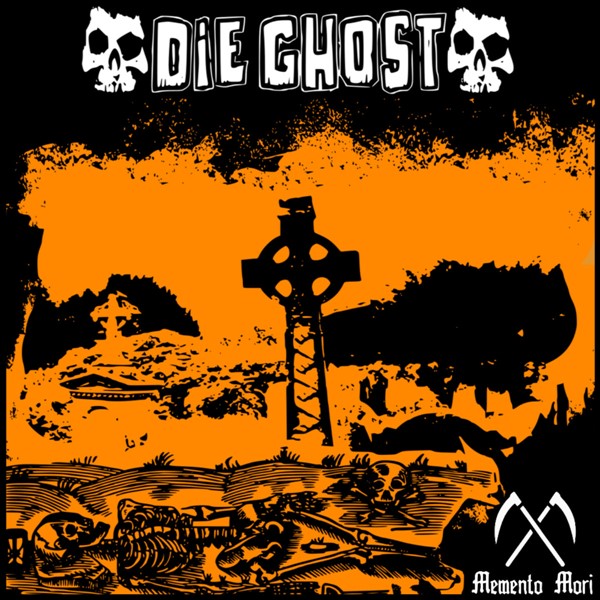 Taking a more straight-on approach to horrorpunk, Die Ghost recently released their second album Memento Mori with 10 tracks of rocking tracks. Right from the intro track “Fullmoon Blues” you get an immediate taste of what the Minneapolis-based band has on offer. The four-piece band, consisting of Adam B. on bass and vocals, Matt Clark on guitar and vocals, Tarvis Hunter Of Men on guitar and vocals and Johnny Badlove on drums and vocals, you get a sense of fullness coming from the band throughout the album. Whether it’s on highlights like “All Ghouls” or “Days Gone Dead” the band undoubtedly know what they are doing.

There are very few spaces in the album where listeners get a chance to catch their breath, except for maybe the brief musical interlude in the second half of “Rituals” but the band then takes the listener right back on the journey with “Hear Me Scream!” which is one of the strongest tracks on the album. If not for the final track “Paradise Lost” where the band masterfully mix a slower tune then blend it right into their style it would be the highlight of the album. If nothing else on the album appeals to you as it’s not your style, I implore you to at least listen to “Paradise Lost” as I would truthfully rank it as one of the best tracks out of the genre for all of 2017.

Memento Mori is available now for $7USD and you can grab your copy at the Official Die Ghost Bandcamp page along with their previous album Human Remains. And of course be sure to give the band a Like on the Die Ghost Facebook page.