It’s rare that I will take a look at an album so short that it only features two songs, but sometimes you hear something that just clicks. Certainly being the case with the new release EP 1 from Mexico’s Fiend Cats. 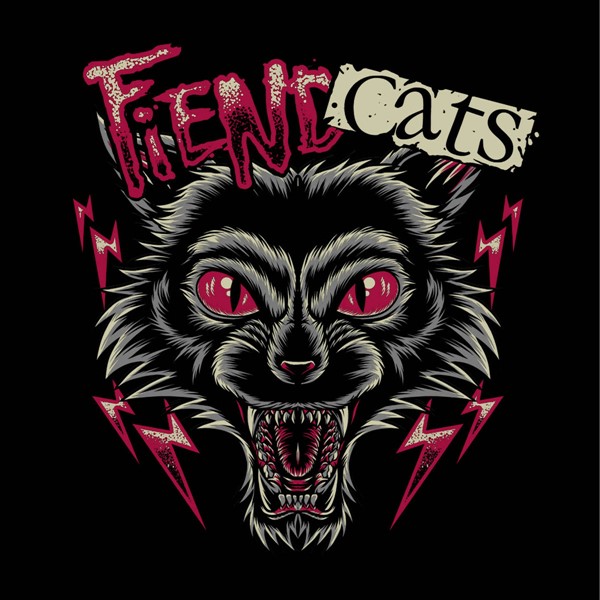 It’s rare that I will take a look at an album so short that it only features two songs, but sometimes you hear something that just clicks. Certainly being the case with the new release EP 1 from Mexico’s Fiend Cats.

The first of the two songs, “27 Years” focuses on a story written back in the 80s which had its biggest resurgence late last year when the new film version of IT went on to become one of the highest grossing horror films ever. With lines about the ‘dead lights’ and of course the fact that the titular creature makes its inevitable return every 27 years, the song is catchy and has a great vibe all around. Another kudos to the band for using the phrase that Bill uses to overcome his horrendous stutter (something that was sadly not as important in the 2017 version as it was in the book and the 1990 TV miniseries) as the chorus. It all ties together nicely for a great track paying tribute to one of the most enduring and iconic horror tales of the past century.

Moving from one iconic horror to another, the second track pays tribute to the legendary Evil Dead series. “Within The Woods” of course takes its name from the short film that Sam Raimi and company originally filmed to help raise the finances to film The Evil Dead, showing that they know their subject matter well. While the song is fantastic it doesn’t hit quite as well as “27 Years” but they may be a personal thing thanks to my personal affections for IT. But anyone who loves Evil Dead will undoubtedly find something to like about this song, which lyrically hits all the marks you’d want from this kind of song, whether it be the tree rape or Ash having to dismember his own hand and plop a chainsaw on the stump.

I have no idea about the history of the band, but I can say that I hope to hear more from the Fiend Cats in the near future. If they can pump out more songs of this quality and attention to detail about the subject matter of the songs, then we could be looking at some absolutely solid horrorpunk coming from Mexico. Keep an eye on these guys!

EP 1 is available at the Fiend Cats Bandcamp page for $25MXN, which translates to less than $1.50USD so you can’t go wrong with this one fiends and ghouls. And be sure to give the band a Like on the Fiend Cats Facebook page.