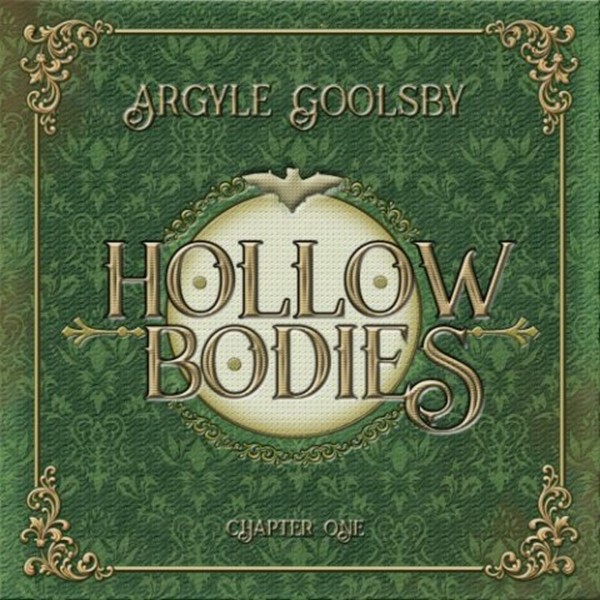 This one has been a long time coming. It was last summer when I first interviewed Argyle Goolsby before his performance with the Roving Midnight in Toronto where we discussed his plans to release a studio recording of the Hollow Bodies acoustic side of his music (you can check out the interview with Part One and Part Two by clicking the links). Preceded by the Hollow Bodies shows from his previous stint in Blitzkid, this is clearly a project that Goolsby has taken great pride in and wanted to ensure that he released the best possible product and renditions of these songs, and with Hollow Bodies Chapter One we are treated to nine songs from his solo catalogue, bookended by two Blitzkid classics.

The choice to begin with “Five Cellars Below” from the Blitzkid album of the same name is a bold choice. On one hand, it honors the past and where everything following it may have started, but it also could lead the listener to want to just jump into some more Blitzkid listening. Given how well the song lends itself to this acoustic rendition it makes a perfect introduction to the approach used throughout the album. “Shadows Of Night” follows as the first Goolsby solo song and blends perfectly from the previous track.

As Goolsby begins moving through his own solo catalogue, many of the songs are given a brand-new lease on life and are changed almost completely. Songs like “Spiders And Flies” and “Thickets” are nearly completely reimagined, while other songs like “Dear Theda” and “Nightsurf” work perfectly in this new environment. Given that every song on the album is already something most listeners are familiar with, there is a warm feeling of comfort and being embraced that runs through the album. Then of course, the album is bookended with one of the most iconic Blitzkid songs ever, “Mary And The Storm.” Another perfect choice to end an album full of perfect choices. Hollow Bodies Chapter Two cannot come soon enough.

If you’re even mildly a fan of either Argyle Goolsby or Blitzkid, Hollow Bodies Chapter One is a must-listen. You will not regret it!

Hollow Bodies Chapter One is currently available at the Official Argyle Goolsby website
and on all streaming and digital music platforms, so you have no excuse to not check it out!

Killer Track
“Washer At The Ford” // “Mary And The Storm”